NEAP is governed by four officers who comprise the board of directors.  Assisting NEAP achieve its mission are standing and special committees who fulfill much of our business. Between meetings of the association, the appointed parliamentarian and committee chairmen serve as instrumental advisors to the board of directors.  Advisors are not voting members, but are encouraged to attend meetings of the board.

Kendra O’Toole, RP Kendra is a licensed attorney in Massachusetts focusing on estate planning and elder law. She graduated from New England School of Law in May 2010 and passed the bar that year. She graduated from Western New England University School of Law in May 2014 with an LL.M. in Estate Planning and Elder Law. Kendra is a partner with Mattson, O’Toole & Reed, LLC based in Weymouth, MA. Kendra serves as the Chairman on the Public Relations Committee and is on the Program Committee for the George Demeter Unit in Boston, MA. She is a Registered Parliamentarian and looks forward to expanding her knowledge of Robert’s Rules and the parliamentary procedure through her active participation in NEAP and the George Demeter Unit.

VICE PRESIDENT Carl Pease, PRP Carl has extensive experience with political party conventions and methods of voting & elections. His interest in parliamentary procedure began when he was a student at the University of Maine, Orono in the mid-1970’s. He has a Masters in Public Administration and has served as a small Town Manager. He has been the Parliamentarian of the Maine Democratic State Committee, the Maine Democratic State Convention and has been hired as a Moderator for Town Meetings and Regional School Unit Budget Meetings. Carl has served as a presenter at multiple NEAP conferences. He previously served as NEAP Parliamentarian from 2015-17.

Secretary Thomas Holmes Thomas Holmes of Rhode Island has been a student member of the National Association of Parliamentarians (NAP) since 2017. He has served as secretary of the NAP Electronic Unit (eNAP) and as chair of the eNAP Nominating and Membership Committees (2018). He now serves eNAP as Vice President and Secretary and chairs both the Membership and Education Committees. He is also chair of the Nominating Committee for the New England Association of Parliamentarians. He served as a member of the EAP Education Committee. TREASURER

Rosemary Seghatoleslami, PRP Rosemary, a lifelong resident of New Jersey, became a member of NAP in 2006, joining the Richard S. Kain Unit of the New Jersey State Association of Parliamentarians (NJSAP), where she served as treasurer and president. She also served as treasurer of NJSAP and president 2011 – 2015. She presently serves as NAP District One Director. With family in the Greater Boston area, Rosemary has been an affiliate member of NEAP since inception and is one of the initial charter members.. She achieved PRP status in 2015. Rosemary has judged parliamentary contests for Skills/NJ and Skills/PA, for FBLA-PBL, HOSA, and FFA. She and her husband Saied live in Cranbury, New Jersey. 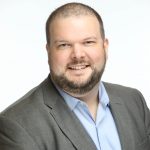 PARLIAMENTARIAN Evan Lemoine, PRP Evan is a Providence, Rhode Island-based certified public accountant who served as the founding president of NEAP. He is both the immediate past president of NEAP and the current president of the Electronic Association of Parliamentarians. He served as NAP Treasurer during 2011-2015 biennium and was the 2018 NAP Training Conference Workshop Coordinator held in Buffalo, New York. He has extensive experience with student organizations and professional associations. PROGRAM COMMITTEE TBD BYLAWS COMMITTEE TBD EDUCATION COMMITTEE TBD MEMBERSHIP COMMITTEE TBD AUDIT COMMITTEE TBD
Recent News